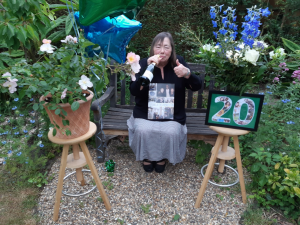 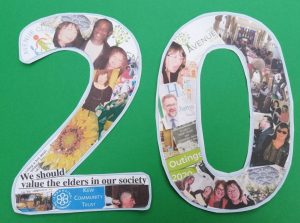 Lisa had a big anniversary in June 2020 – 20 years at the Avenue Club! Our original plans had been for a tea party at The Avenue Club but obviously that was not possible so we organised so social distancing celebrations instead. Caroline, Siobhan and Vicky, along with Trustees Margaret and Bernie, dropped round to her house and surprised her with presents, cards and cake.

We followed this up with a zoom party in the evening. Lisa thought she was attending an emergency Trustee meeting on zoom so was almost speechless (hard to believe!) when she saw 30 of us there applauding her when she was eventually let into the meeting. 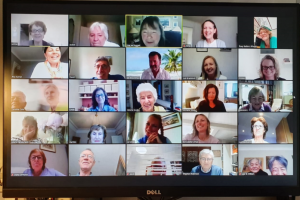 Jeff Harris, our Chair of Trustees, thanked Lisa for her amazing contribution to the Club, followed by a poem from Wilma our Hairdresser, anecdotes from Garry Freer finishing off with a song from our Choir Master, Ian Bloomfield.