John will be showing and discussing these contemporary films. The start times in our upstairs cinema alternate – full schedule is below. Why not come along and join him? 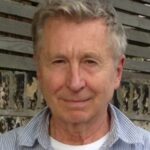 John Wischmeyer teaches courses on cinema at City Literary Institute in Covent Garden and at the BFI South Bank. He ran his own cinema in West London, treating it as part of the community and showing new and independent work where possible. He has been teaching since 1999. His first course was about Hitchcock’s centenary year. He continues to teach on a wide variety of subjects including Southern Gothic, Contemporary and Current Cinema, Film Noir and Neorealism, Masters of Cinema (David Lynch, Martin Scorsese, the Coen Brothers) and French New Wave.