The first 2 lectures will finish off the fascinating series of Nordic Art, on Zoom.

Then, we will start a new theme: Forgotten Masters of the 19th century

Following the same format as last term, the first lecture of the month will take place ‘in house’ at The Avenue Club with all other lectures on Zoom.

Ingres, Bouguereau, Bastien Lepage, Carpeau, Tissot, Puvis de Chavannes, Gustave Moreau: these artists were successful and influential during the 19th century. Yet, the public today has more or less completely forgotten their names and remembers the likes of Courbet, Manet, Monet and Van Gogh. In this course, we will set out to understand why that is. We will study the career of some of these artists, and their most significant works. We will consider how they were perceived then, and how there are valued now. This will allow us to discover 19th-Century art from a different perspective. In the process, we will look at the structure of the art world, and study its different elements, from the Academy and Salon, to the art dealers and critics.

25 January – Setting the Stage: David, the Académie and the Louvre

22 February – Camille Corot and the Barbizon School: Landscape painting in a new light 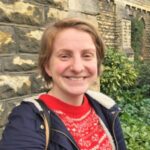 Dr Caroline Levisse, an art historian based in London, was born in France where she studied art history before moving to Copenhagen to take up a teaching post. While there, she completed a PhD on the relationship between art and religion in contemporary Scandinavian art.  She then moved to London and started teaching art history with adult education providers. She has since developed a range of courses focusing on 19th and early 20th century Western art and has published articles in both French and English in academic journals as well as magazines and newspapers.